When was the last time you thought of Italian food as ethnic? Blinked twice to see potstickers on the menu at a casual theme restaurant? Exactly: Ethnic food is a mainstream phenomenon.

According to the Emerging Global Cuisines: Culinary Trend Mapping Report, released by the Center for Culinary Development and Packaged Facts: “Emerging global cuisines are literally opening up a whole new world of culinary experiences to American consumers of all ages, due to the nearly infinite range of ingredients, forms, and flavors they offer.” The report goes on to cite the fact that well-traveled Baby Boomers and adventurous Millennials alike are drawn to the emerging flavors and specialties of such countries as Peru, Morocco, Korea, and Japan.

Shifting ethnic populations in the United States also have a big impact on the market, which according to Mintel is dominated by the growing Mexican/Hispanic demographic but is also driven by new Asian and Indian arrivals. While Italian, Mexican, and Asian have remained the most popular ethnic cuisines, the company's Global New Products Database has been tracking big increases in consumer packaged goods designated Japanese, Caribbean, and Thai.

Much of the action is in the area of new fast-casual restaurants as well as college and university food service—no surprise given the target audience.

What can you do to add exciting ethnic flavors to your menu? Here are a few ideas.

One especially effective way to experiment with ethnic food is via a promotion, which not only keeps customers engaged but also challenges staff to learn new recipes and food traditions—without going full risk into adding new items to the menu which might not sell.

One of the challenges of serving ethnic food in mainstream settings is getting customers on board to try them. Introducing new menu items in the guise of familiar or easy-to-share foods including appetizers and finger foods, sandwiches, and soups is definitely one way to minimize resistance and maximize sales.

Everyone in the world eats appetizers, from the Spanish with their tapas to the Greeks with their mezze.

Sandwiches: Ethnic Between the Bread

Where there is bread there are sandwiches, popular throughout the world in surprising forms and variations, many of which are easily adaptable on menus that also ply the waters of burgers and grilled cheese.

Get Started: Think of Hot Pockets® as ready-to-menu “sandwiches” that can bring flair to your menus.

Soups of the World, Unite

Unite in building sales, that is. Because soup is another one of those beloved foods that even the most conservative customers can be persuaded to experiment with. Egg drop, Mexican tortilla soup, and Italian wedding soup are just three examples of ethnic soups that have crossed over the borders onto mainstream American menus.

Here are a few ethnic soups that could quickly follow:

Then there’s the whole lexicon of Asian noodle soups, from Vietnamese pho to Malaysian curry laksa, that are finding a following among American diners. 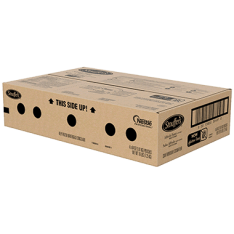 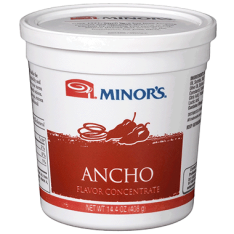