Today’s best menu specialties are all about flavor, and there are many ways to accomplish that. Flavor can be introduced at multiple points during the preparation process, from pre-cook marinades to the last little garnish at the pass or on the table. Even better, layer different flavor-building techniques in complementary or surprising ways.

Marinades and Brines – Liquid baths for proteins and produce not only introduce flavor before the cooking process, they can also keep foods moist and serve to tenderize tougher cuts of meat and even sturdy vegetables.

At its simplest, a basic marinade usually includes a liquid base, often including some acid (such as wine or orange juice), fat for richness and “cling,” and a seasoning, which can just be salt but also so much more. A good marinade, in fact, builds complexity and establishes a flavor theme for your food.

Brines can be thought of as a type of marinade; a basic brine consists of a liquid and salt, but can also be built up to include other flavorings such as herbs and spices, garlic, and so on. Brines are particularly useful for adding flavor and moisture to neutral-flavored proteins that can otherwise be dry, such as pork and turkey.

The amount of time food can be kept in a marinade or brine depends on the food; the texture of seafood, for instance, can break down if it’s kept in a liquid for too long, but sturdy meats can be marinated or brined for hours or even a day or more.

Remember not to reuse a marinade as a basting sauce, due to food safety hazards. Reserve some of the marinade separately, instead.

Did You Know? Most Minor’s® products—including bases, flavor concentrates, and sauces—are Ready-to-Flavor™, meaning they can be used in hot and cold applications without the added step of cooking.

Rubs – Often referred to as a dry brine, a pre-cook rub adds flavor and boosts tenderness and moisture by redistributing natural juices. Rubs can be dry (such as a spice rub) or wet (for instance by creating a paste with the addition of puréed onions or fresh herbs). Rubs are almost always used with dry-heat cooking methods such as grilling and barbecuing. They can be left for a short time or longer, used to create a crust, or removed prior to cooking, depending on the food and on the rub’s intended purpose.

Try This: Use a Minor’s base as-is or as a starting point for a flavorful rub. Minor's chef George Sideras recommends putting Maggi® Seasoning or Minor's Au Jus Prep in a spray bottle and misting meats right as they come off the grill for mouth-watering aroma and tongue-tingling flavor.

Cooking Techniques – Although we tend to think of flavor boosters in terms of marinades and sauces, most cooking techniques also add flavor in and of themselves. Searing, grilling, and high-temperature roasting all add flavor through caramelization, while poaching, simmering, and braising boost the appeal of foods through the long, slow infusion of flavorful cooking liquids. Some methods add flavor twice, as when we brown meats in hot fat on the stove, then add stock to braise.

With moist-heat cooking methods such as braising and poaching, the opportunity to add flavor with cooking liquids is limited only by the cook’s imagination and the products available in the pantry.

Get Started: This recipe for Burgundy Beef Tips with Mushrooms demonstrates a two-step sear-and-simmer technique for building flavor.

Bastes – Basting food while it roasts, grills, or cooks in a pan is a great seasoning step, and can also help to keep things moist. The baste itself can be simple pan juice or drippings, such as from a roasting chicken, or it can be another liquid or flavorful fat, such as reserved (unused) marinade. You can also boil leftover used marinade for at least a minute to kill any bacteria it’s picked up when in contact with the raw food.

Thick steaks and chops, chicken breasts, and sturdy fish can be finished in a pan by basting them with butter or the fat from the initial searing as they continue to cook, which has the added advantage of creating a pan sauce. This sauce can be further flavored by deglazing with wine or stock, and/or with the addition of mustard, shallots, or another ingredient.

Sauces – Perhaps nothing denotes a flavor-driven kitchen more than the use of sauces; under Escoffier, the French codified a whole science of sauce-making. And while many sauces have the reputation of being both challenging to produce and heavy on the palate, today’s speed-scratch products and interest in lighter prep techniques make for some interesting possibilities.

At the Table – In a word, condiments. From a simple wedge of lemon to ketchup and mustard to Sriracha—to say nothing of house-made flavor boosters of all sorts—condiments represent a great strategy for allowing guests to customize their own flavor experience at the table. Seek out interesting ready-to-use bottled and jarred condiments, or follow the lead of creative chefs who are making their own versions of such staples as steak sauce, barbecue sauce, and Maggi Seasoning. Or consider tabletop pots of housemade:

Did You Know? You can also make condiments using this handy Plus-One Ingredient Matrix. 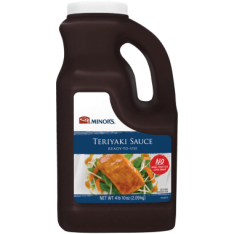 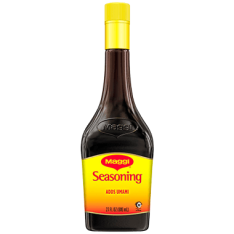 Sauces and condiments add oomph to recipes, and to sales! Learn the latest variations on classics, along with new ideas to keep adventurous patrons’ palates happy.