Up to 67% of consumers love/like smoothies. They are refreshing, healthy, portable and make a great snack or meal addition. Here are some ways on how to profit from the demand.

They’re refreshing, portable, appeal to consumers seeking better-for-you alternative beverages and can help maintain operating costs instead of driving them higher. Yes, smoothies can do all this, and more.

And yet, there is a lot of white space out there when it comes to these popular beverages. Customers love smoothies—67% either love or like them, according to the latest data1—and yet they are currently only found on 8% of non-alcohol beverage menus and rank way down the list of most commonly menued non-alcohol beverages, at No. 34.2

Operators who do serve smoothies have a breathtaking choice of ingredients today to tap into (see below). Smoothies truly are one of the most versatile beverages around. As a result, they can be made to fit virtually any menu daypart, either as meals in themselves, snacks, a to-go breakfast for the commute, or as afternoon pick-me-ups. They also lend themselves well to LTOs (limited-time offerings) and as a vehicle for seasonal specialties. Fruits in particular, from fall’s apples and pears to summertime’s berries and stone fruits, speak to the kitchen’s commitment to freshness and sustainability.

Smoothies also fit multiple channels. For example, they are great to highlight in a made-to-order station for catering, and in cafeteria settings such as colleges and employee dining rooms. They’re also perfect to stock in grab-and-go cases for convenience.

And, in these times when budgets are being stretched thin, smoothies can be exceedingly cost-efficient. They represent a great way to cross-utilize and repurpose ingredients such as produce and dairy, particularly an overabundance of vegetables or fruit that are under- or overripe for other applications. And their seemingly endless customizability provides flexibility when it comes to upcharging. For example, the average price of a fruit smoothie today is $5.26, but add-ins, like a dash of protein, can kick that up to $6.28.3

Speaking of vegetables, smoothies also fit into one of Datassential’s culinary megatrends this year: “Veggie-Packed.” “Everyone knows kale and spinach work well in smoothies,” the company says. “Smoothie lovers have been adding many other vegetables such as beets, beans, lettuce, and cauliflower.” Seen on menus are a Pumpkin Spice Chickpea Chiller, a Blue Magic “with a cauli swap” (tip: make any smoothie lower in sugar and higher in fiber by swapping 1/2 a banana for cauliflower), a Just Beet It, and a simple Zucchini Smoothie.2

And let’s not forget how well they translate to social media. Smoothies and their relations (like freezes and slushies) tend to appeal to younger social media-savvy diners. Have one of your smoothies go viral and that drives traffic. Datassential also recognizes “Rainbow & Layered” as another of the food megatrends today. “Visually stunning options always appeal and even more so if they are packed with nutrients from superfoods and other health-forward ingredients,” the company says.2

Here are some additional ideas to help you profit from this ever-popular beverage:

The Top 10 Most Popularly Menued Smoothie Flavors Are:

Source: “The World of Smoothies,” by Datassential. 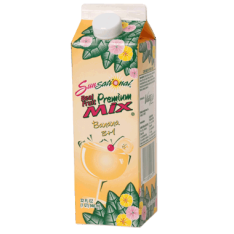 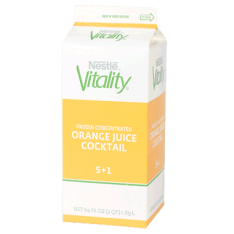 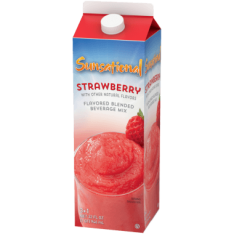 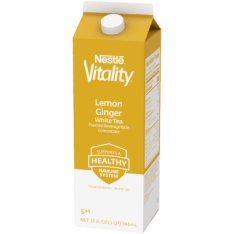 Whip Up Excitement with Blended Beverages

Blended beverages are foodservice staples. But there's more to offer than milkshakes and smoothies. Discover how fruit, veggies, and other add-ins can expand your beverage menu.