Customers are in an adventurous mood, opening new opportunities for beverages. Here are some of the latest trends to help spark menu ideas, from the functional to the wildly indulgent.

Beverage menus are beginning to brim with all kinds of innovative creations as operators seek to attract customers looking for the novel and unexpected.

Datassential predicts in its recent State of the Menu report: “Pent-up demand post-lockdown will drive cravings (and foot traffic) as people look to foodservice to remedy more than a year of ‘same-old’ with craveable, imaginative fare that can only be found at the restaurants they love.”1

In fact, according to Technomic, some 44% of consumers ages 18-34 say they want to try new and unique beverages at restaurants.2

Here are some on-trend beverage ideas that will help quench this thirst for refreshing and original menu options.

When it comes to cocktails, bold ingredients and flavor are some of the big trends as customers seek excitement. Take the “elevated” brunch cocktail, for instance. “A Bloody Mary can be made over-the-top and Instagram ready by adding in oversized skewers, mash-up entrées (shrimp and grits or chicken and waffles, for example) infused spirits (bacon bourbon, anyone?), and ethnic flavors,” says Datassential, in its 2021 Future of Drink report.

Speaking of brunch, the hot cocktail of the moment appears to be the espresso martini. Customers are enjoying them everywhere, from independent restaurants to chains. And any brunch beverage menu can be rounded out with other creative espresso-based coffees, such as a tasty Caramel Latte Macchiato or a Skinny Cappuccino for those guests who are watching their calories.

For a more functional spin, there are tea-infused cocktails with rooibos, matcha, and yerba mate, that also generate depth to a menu by adding a bit of a global flair.3

And the cocktail of the moment? Many think it’s ranch water, a West Texas staple that’s spreading across the country through word of mouth and social media. It often features just three ingredients: lime juice, tequila, and mineral water.4 Though some have started to add other ingredients, like orange bitters or grapefruit peel, to add some extra layers of flavor.

A “toppings boom” is underway, says Technomic. Over-the-top milkshakes are a driving force behind this trend, and fun spins on hot chocolate and ciders have also begun to trend. These hot beverages often feature candy, doughnuts, popcorn, and even cereal pieces as toppings. Toppings can be a profit driver as well, with consumers willing to pay 80 cents on average per topping.2

Plant-based dairy alternatives also continue to see strong growth. While almond milk is by far the most popular one, coming up fast is oat milk, which has seen an increase of 1,314% in menu penetration over the past four years.7

Up next for plant-based milks? Taste and texture more on par with dairy milk, much like the recent trend with plant-based meats.7

Also, the latest generation of spirits substitutes are plant-based. They are made with peas, rosemary, thyme, spearmint, allspice, cardamom, lemon peel, lemongrass, and ginger, and can take mocktails (non-alcohol cocktails) to a whole new level.8

Fermented beverages containing probiotics, such as kombucha, tepache, and umeboshi, also continue to trend. Some 52% of consumers say they are interested in beverages with digestion support.2

Smoothies have long been a way to mask functional ingredients in a sweet treat, but now those added benefits are often being highlighted on menus, says Datassential.9

When it comes to flavors, hibiscus, rose, elderflower, and lavender have gone mainstream. New florals emerging include butterfly pea and hydrangea.2 Butterfly pea has become popular over the past few years because of its Instagram-worthy ability to change colors. Made from a Southeast Asian flower, its color changes depending on the pH of what ingredients it is mixed with. It usually starts out a vivid blue hue when brewed as tea, for example, and can change to purple when mixed with citrus.

And don’t forget spicy. Customers can’t get enough of it. Spicy ingredients are found on 70.2% of restaurant menus with jalapeño being the most popular spicy flavor on menus today.11

Asian influences can be seen in the adoption of cheese teas, a cold tea topped with a foamy layer of milk, sweet or salty cream cheese, and whipping cream sprinkled with sea salt. Such nontraditional food ingredients also hold high visual appeal.2

Technomic suggests being a leader in beverage innovation by keeping an eye on how global operators are enhancing their beverages. These worldly beverages make great LTOs to drive excitement and traffic. Since many of them are highly unique and visually appealing, it’s a good idea to also showcase these offerings as much as possible on social media. 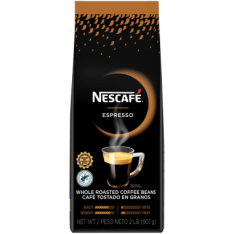 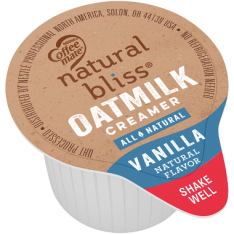 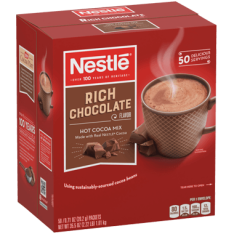 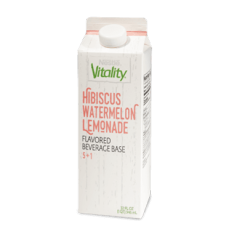 Add Pizzazz to Your Cocktail Program

Cocktails continue to be a profitable category. Discover the trends and innovations that can keep your cocktail program’s momentum going. We have ideas and recipes, here.