Google the words “culinary mashup” and you’re likely to turn up a menu item like Korean tacos, a combination of a popular Mexican street food concept with the bold flavors of Korean cooking. Critics may call trendsetting foods like cronuts (croissant + donut) and ramen burgers (a burger patty sandwiched between two crispy ramen noodle discs) passing fads, but the best of these cross-cultural inventions reflect the eclecticism of the contemporary American population.

In fact, many of the chefs creating some of today’s newest hits are themselves a product of multicultural families, such as Nina Compton, whose Compère Lapin restaurant in New Orleans reflects her Caribbean birthplace and her grandmother’s British roots, overlain with classical French training and the Italian cooking that she learned working in Miami’s Scarpetta.

But the trend goes beyond dedicated locations to encompass individual mashup menu items. The University of California, Davis has been menuing the Ramenito, a ramen noodle-burrito hybrid consisting of ramen noodles folded into a flour burrito, with Sriracha, cilantro, and optional toppings. Fawley Stadium, in Wilmington, DE, is home to the Wilmington Blue Rocks Minor League baseball team and the Donut Dog, an over-the-top conflation of a hot dog inside a glazed donut with bacon and raspberry jelly; fans were invited to come up with the name. And Waffles Café, in Chicago, has come up with a new menu item called the Wonut, which combines the properties of a—you guessed it—waffle and donut.

Try This: Add some fun to doughnuts with crunchy, colorful candy toppings.

Items like these are true menu signatures, creating buzz (especially of the social media and Instagram kind), uniqueness, and craveability. That makes them particularly appropriate for highly promotable LTOs (limited-time offers), where operators can test the waters for eventual inclusion on the core menu—that’s how Taco Bell’s insanely successful Doritos Locos Tacos and Quesaritos got their start, after all.

Mashups also represent a savvy way of introducing new global flavors and ingredients in a way that’s less threatening to customers than a full-on authentic ethnic menu item. At Saint Clare’s Health System in Denville, NJ, operations manager Aatul Jain has found ways to incorporate ideas from his Indian culture into items like the naanini—sandwiches filled with various ingredients, such as turkey, cranberry sauce, greens, and cornbread pressed panini-style into Indian naan bread.

Get Started: Minor’s® Sauces and Flavor Concentrates are available to bring Asian, Latin, and Mediterranean flair to recipes.

How to Translate the Trend 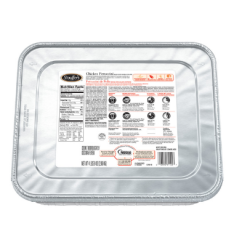 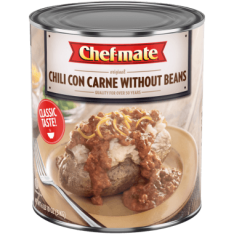 Get Creative with Sandwiches

A remarkable 71% of all restaurants serve sandwiches. Discover how you can make your sandwiches stand out from the crowd while drawing crowds to your operation.